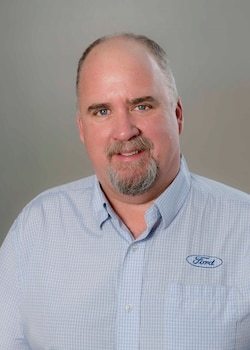 Chris Harquail- Born in Fredericton, NB. Chris's early education was done In Germany, Junior High was completed in Blackie, AB. He then finished his Schooling in High River AB. Then spent three years In the Royal Canadian Navy onboard the HMCS Iroquois. After coming home he was employed in Stettler, Vertran, and Bashaw. In February 1999 he started at Brentridge Ford Sales Ltd. He has since moved to Leduc AB. with his wife Brenda. He enjoys spending time with his 5 children and 5 grandchildren. When he is not spending time with his family, he can be found enjoying outdoor activities or riding his Harley.