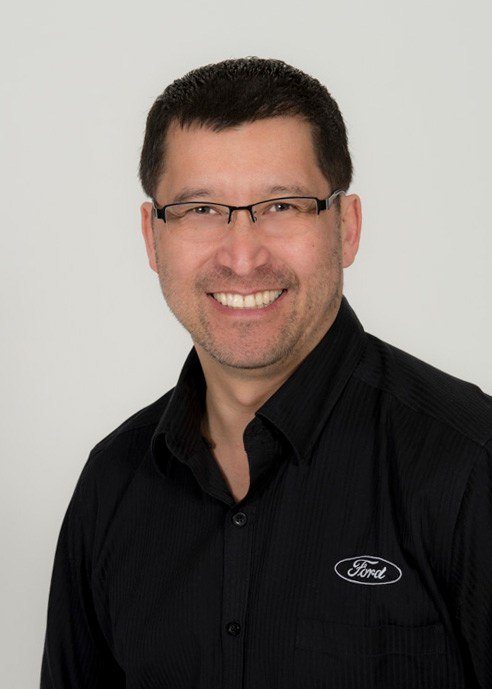 Mike Lundberg- Mike was born and raised in Vancouver, BC. he has lived in many areas of the lower mainland including Surrey, Coquitlam, Burnaby, Fort Langley, Langley, Abbotsford, Maple Ridge, and Chilliwack before coming to Wetaskiwin in 2006. Married with two daughters, Mike was previously the area supervisor for the Wetaskiwin and Camrose Mcdonalds stores, as well as Area Management Trainer, which included areas of Leduc, Nisku, Ponoka, Stettler, Olds, Lacombe, and Red Deer. Mike joined Brentridge Ford Sales Team in 2012 and has enjoyed being your Ford Truck Authority ever since. In April of 2017 Mike transitioned into our Service Department in the role of a Service Advisor taking on new challenges while still looking after his customers. Mike can be seen out and about entertaining with his band "Dead End Drive".